Like the majority of whisky producers today, Maker’s Mark simply does not have the supply to keep up with increasing demand.

The problem for distilleries/producers is that whisky cannot be created over the course of a few days, weeks, or months, although some have tried (and failed in my opinion). Whether it is a few or several, whisky is a product that takes years to properly mature, so distilleries have to try and predict demand far in advance.

A couple of months ago, Maker’s Mark announced that they were going to further water down their standard whisky by decreasing it from 45% ABV down to 42% as a means of increasing supply by approximately 6 percent. However, that idea only lasted just a couple weeks due to an onslaught of negativity returned via social media.

Now Maker’s Mark is turning towards barrel extraction in order to produce a higher yield of gallons per barrel. According to documents filed with Kentucky economic development officials, Maker’s Mark will be adding the extraction facility along with a new 50,000-barrel warehouse – All part of an $8.2 million expansion at the Loretto, Kentucky distillery.

The extraction process is a duplicate of what parent company Beam Inc. does for its Jim Beam Devil’s Cut brand. By adding water to the barrel and then agitating it, they are able to extract the whisky that has become trapped inside the staves during maturation. The watered down product will then be used to help dilute the whisky to its traditional 45% ABV.

My question is, will this “rinsing” of barrels deplete the cask’s second-hand application? Scotch producers acquire ex-bourbon barrels for the maturation of their product, and will use those barrels more than once – First-fill, second-fill, and so on.

Think of a barrel as being like a tea bag; first use will yield the most flavor, but that flavor yield decreases after each additional use. By extracting the whisky that is trapped inside the staves, is this essentially creating a less-effective barrel for second-hand users? 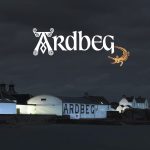 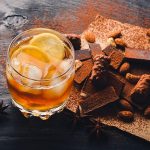 About the Author / Dram Goodtime